Learn how to engage your students and have productive, successful and FUN Bucket drumming lessons in your classroom!

A personal note from the author of these resources, Kevin Tuck

Have you ever tried something in class and wished you hadn’t?

I have - many times! I bet there isn’t a teacher out there who hasn’t had this experience of trying something and failing to get the students on task, and then having to raise the voice and struggling to keep control.

This was certainly my experience when I was working as a workshop presenter in schools. You see I was a “professional percussionist” - I had a masters degree in percussion. I had traveled the world and learned with the very best in this field … but when I was asked to go into a school and teach some students to play a piece on some buckets … well, lets just say the first time wasn’t a huge success!

I ended the first sessions with a sore throat. My throat was sore because I was raising my voice over students playing, and what I was trying to achieve was a mess! I felt really defeated - I had been beaten down and they had “won” …. at least so I thought!

What I did have right was the music. Even though that first group I did this with was a disaster, they did have a great time! They put on a concert and they all enjoyed the experience.

So when I was asked to do this again, with a different school I decided to take a different tactic. I decided to be incredibly strict - I was not going to take any prisoners - and I would make them behave like a well-oiled machine!

This time.. It worked a little better, but students still misbehaved! At the end of this day, all I had was a worse sore throat - because I was yelling even louder to try and be heard over the students playing.

Then I worked it out. I discovered that it wasn’t how strict or how casual I was that would make a difference. It wasn’t what the music was - how much they liked or didn’t like it. None of those things mattered!

What made the difference was a SYSTEM. A system that would allow me to speak, communicate the teaching to the students, and keep them moving and interested in what we were doing.

I discovered that if I had certain tactics in my teaching for when and how they would pick up drum sticks, then I could actually communicate with them without having to speak over someone tapping with their drum sticks.

I discovered that if I created a system where the students are constantly moving around the room and doing different things, they wouldn’t get bored and begin playing at the wrong times!

So that is what I want to share with you today - some of the most successful workshop style pieces I created for bucket drumming, and the SYSTEM for teaching them effectively.

Trust me, the two hours you’ll spend watching this workshop will be the most useful two hours you’ve ever spent in your teaching career … and you’ll get a whole lot of new insights on how to get students on task and learning… even when they’ve got drum sticks in their hands!

Read more below to learn more about it, and make sure you take action while this is still here. We’re about to remove this workshop and turn the pieces into a product, so this might be your last chance to get access to this material. 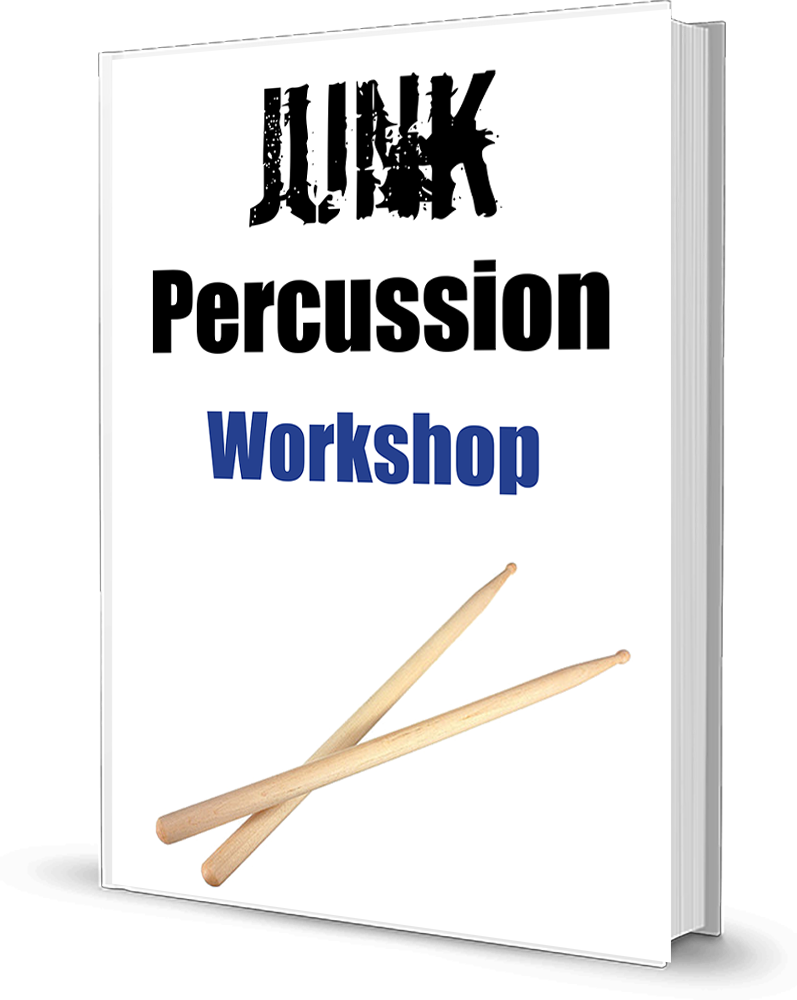 with a SYSTEM for implementation in the classroom

Grab this now while it is still here ...


This training has been really popular, however we're about to remove this training forever, so that we can make these workshop pieces available as a product or a series of separate products.

Once we remove this, it will no longer be available at this price, ever again! Make sure you act before this page is removed on March 7th, 2020.

A workshop style piece for Junk percussion is something that works! It is music that can be learned by ear in one or two classes, and create a fun and exciting performance for the students involved and the audience. 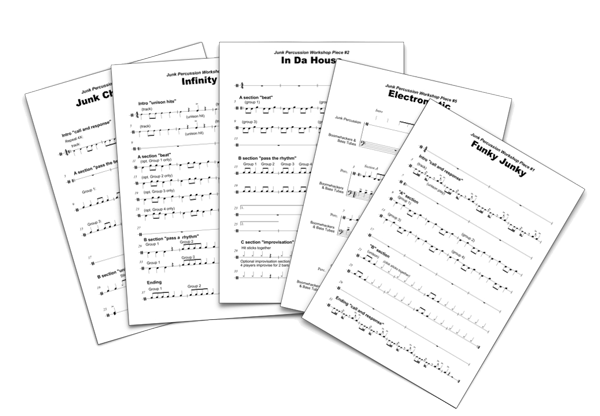 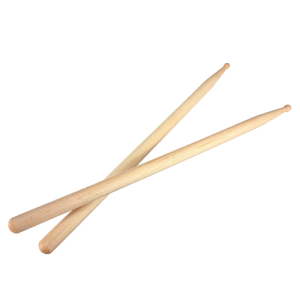 We'll give you a strategy for behaviour management in junk percussion classes.

We'll show you our special four-group behaviour management system to keep your class on task and on track each lesson.

We'll show you how to choose "junk" instruments that work well.

We'll share all the tips and tricks on where to find both musical and durable buckets, bins and other junk items to make your classes interesting and fun! 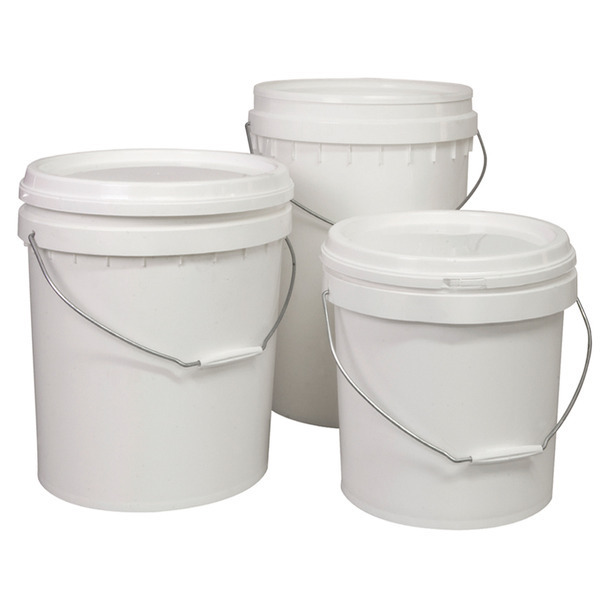 Download a sample now and try with your classes.

The best way you can see how this will work is to experience it for yourself. That is why we've provided the sheet music and backing track for our first workshop piece called "Funky Junky" below. We encourage you to download this and try it out with your students to see just how much fun Junk Percussion can be!

This training will be removed forever on March 7th, 2020

This music works with any class, any time.

These pieces work with just about any group of students, no matter their level of experience with music. They'll work for a one-of session, or a series of lessons leading up to a performance.

Music that sounds good in the first rehearsal!

These pieces can be learned in one lesson, and they sound great right away, so children will feel a sense of achievement with them.

We walk through the music step-by-step, so even if you can't read music you'll still be able to pick up how these pieces work and instruct your students on how to play them.

Backing tracks to keep the students in time and on track.

We include all the backing tracks you need to keep the students in time, and on track to create a terrific performance. Once the students can play them competently, you can remove the track and have them play on their own. 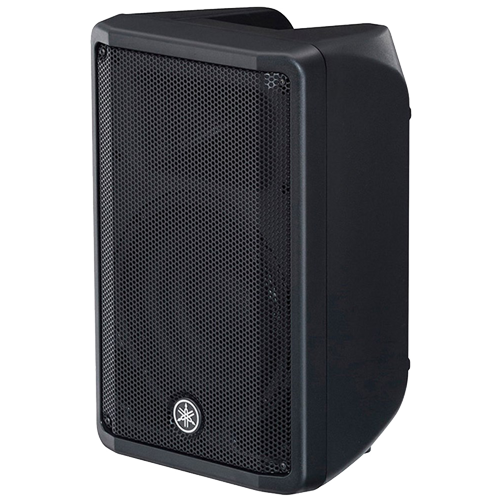 Valued at $97 on its own (from ktpercussion.com) 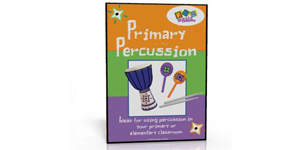 Rhythm grooves, rhythm scores with play-along tracks, and complete arrangements for percussion in the classroom. 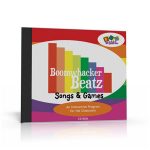 This training will be removed forever on March 7th, 2020