New Research: Music and Language share the same Pathways In The Brain 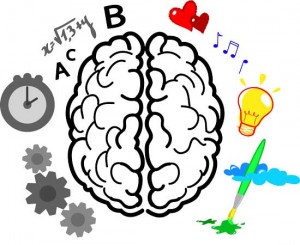 Music educators, researchers and clinicians have suspected links between music and language learning for a long time, but now there’s even more evidence.

Researchers based at Liverpool University have just confirmed that musical training can increase blood flow in the left hemisphere of the brain, suggesting that the area of the brain responsible for music and language share common pathways. And the findings have just been presented at an Annual British Psychological Society Conference (7th-9th May 2014).

Amy Spray, who conducted the study stated in the University Press Release:

The research consisted of carrying out two studies. In the first study, Amy supervised by Liverpool Psychologist, Dr Georg Mayer, took 14 Musicians and 9 Non-Musicians and looked at activity in the brain while they completed both musical and language tasks using a type of ultrasound (functional trans cranial Doppler ultrasound) which measures blood flow in the brain.

The results showed that patterns in the musicians’ brains’ appeared the same on both tasks suggesting that the same neural pathways were being used, but this was not the case for non-musicians.

So then they took the group of non-musicians and measured them before and the after they gave just 30 minutes of musical training. Amazingly after the training had taken place, similarities to the previously tested musicians were found.

Amy commented:
“It was fascinating to see that the similarities in blood flow signatures could be brought about after just 30 minutes of simple musical training.”

Liverpool Psychologist, Dr Georg Mayer, who supervised Amy concluded;  “We can therefore assume that musical training results in a rapid change in the cognitive mechanisms utilized for music perception, and these shared mechanisms are usually employed for language.”

So what this means for music teachers is the evidence showing more activity in the same regions of the brain used for music and language indicates that the same pathways are being used. When this happens it’s only going to strengthen connections in both musical and language recognition. So learning to play music and participating even in a short amount of time is going to in turn help to strengthen language pathways…… Just another reason why music is still relevant and important in our current school curricula.