The New Australian Curriculum (version 9) has been released. This is what it means for music teachers in Australia. 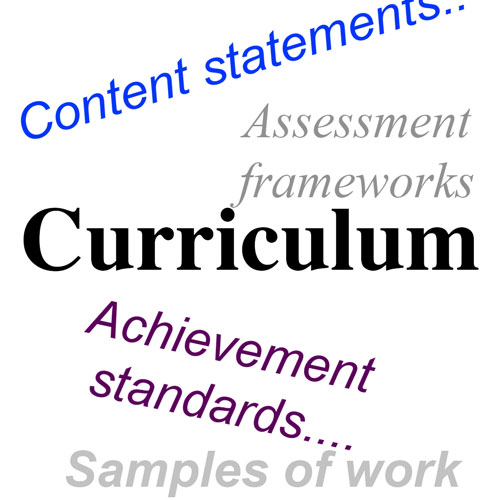 This represents the first major change in the Australian curriculum for Arts:Music, since the original version was released in 2014.

You may be confused to see that this is released as “version 9” – but for our purposes as music teachers this can be thought of as essentially version TWO. The curriculum for Arts:Music was first released in February 2014, and did not change substantially in the years between its release and today. It is “version 9” because there has been changes in other subject areas such as languages and mathematics.

However, this new version contains some very important changes for us as music teachers, and it is overall a great improvement to the curriculum.

Here is what we have observed as the major changes in the curriculum:

1. The foundation year now has its own curriculum achievement standards and content statements, rather than being grouped with Grades 1 and 2.

This is an excellent change, as teachers no longer need to worry about how to keep students engaged for three full years on the same content statements.   The first year of formal schooling, whether it be called Foundation, Kindergarten, Pre-primary or prepatory is a critical time for a child’s development, and we applaud the Australian curriculum authorities for recognizing that and giving it due importance in the Australian curriculum.  The separate achievement and content standards mean that teachers can focus in on this age group, and also extend the grade 1 and grade 2 students to the best of their abilities.

2. Reduced emphasis on aural skills, with that content statement reshaped to cover developing all practices and skills related to music.

The old content statement (grades 1 & 2) was :   “Develop aural skills by exploring and imitating sounds, pitch and rhythm patterns using voice, movement and body percussion”   and this has been changed to:   “Develop listening skills and skills for singing and playing instruments”   There are similar changes to the statements for the other grades as well.

This is a wonderful change, and one that should be most welcomed by teachers. This will open a world of wonderful and interesting exercises, games and activities that can be done by teachers to develop those listening skills, and open up the student’s skills in singing and playing instruments.

Here at the Fun Music Company we are currently developing brand new and exciting directed listening games, voice manipulation exercises, playing instrument activities and improvisation games. This is one of the areas of our new curriculum program we are really excited to be able to bring you in our new version very soon!

The inclusion of the music of First Nations Australians has always been a priority in the Australian curriculum, as Aboriginal and Torres straight Islander Histories and Cultures is identified as a Cross Curriculum Priority.   Previously in the Australian curriculum it was included in a content statement around “listening to music” as follows in this example from version 8, Grade 3 and 4: “  Identify intended purposes and meanings as they listen to music using the elements of music to make comparisons, starting with Australian music, including music of Aboriginal and Torres Strait Islander Peoples” (ACAMUR087)

Now however, with the new version it is separated out into two distinct content statements:

describe how First Nations Australians use cultural expressions to communicate connection to and responsibility for Country/Place, Culture and People (AC9AMU4E02)

This is a great thing, as it will enable music teachers to explore a wide variety of music, created or different purposes and explore how it creates meaning in the first content statement.   Plus with the second content statement it will really enable teachers and students to respectfully explore the music and cultural expressions of First Nations Australians.

Here at the Fun Music Company we’re expanding our CONNECT program to include a much wider variety of music, created for different purposes and contexts, and we’ll be exploring how it creates meaning for audiences.

We’ll also be working on a special supplement for covering the First Nations cultural aspect, and we’re hoping to work with some First Nations Australians to create this.

4. “Creating and making” and “presenting and performing” are now better defined

This has always been something of a challenge for curriculum writers when it comes to music. You see, curricula like to compartmentalize, and fit things into a framework that will work for subject areas within a big area.

So the big areas that we’ve been forced to fit into don’t always necessarily fit exactly what our day-to-day activities have been.   For example, in visual art a student may paint a picture, and then present it to the class, explaining their meaning. This fits well into the idea of putting creating and presenting together.

However for music, composition is a very important skill, but in music the skill of leaning and performing music composed by others is also really important – far more important than in visual art. Its also a different skill-set required, involving potentially reading notation, interpreting a composer’s intention and developing the skills necessary to reproduce a musical performance.

So we’ve had a fairly confused mix of composition activities and performing activities, previously in the curriculum with content statements like these:
(from Curriculum Grade K-2)
Create compositions and perform music to communicate ideas to an audience (ACAMUM082)

Sing and play instruments to improvise, practise a repertoire of chants, songs and rhymes, including songs used by cultural groups in the community (ACAMUM081)

And now in the new version we have:
Experiment with ways to interpret the elements of music and create music that communicates ideas

Sing and play music for audiences in informal settings

This means that for the Fun Music Company Curriculum program we can continue to be extremely clear in having both COMPOSE sections meet the composition parts of the program, and SING AND PLAY meet the performance elements.  Of course there is an aspect of students presenting and performing their own compositions, but this new structure allows teachers to be more specific and make sure that they are doing good amounts of both composition and performing other’s compositions in their classes.

5. Increased emphasis on the Elements of Music from earlier grades, and less musical jargon terms in the content statements.

We have noticed that the umbrella term of “Elements of Music” has been included in every grade from Grade 1, where previously it only appeared in Grade 5 and 6.    for example, in the grade 1 and 2 curriculum:  Sing and play instruments to improvise, practise a repertoire of chants, songs and rhymes, including songs used by cultural groups in the community (ACAMUM081)
has become:
select and combine elements of music when composing and practicing music for performance

This is a very good thing, as it is a way for teachers to discuss and communicate about music, regardless of the amount of training they have in specific musical skills. Every teacher can speak about melody, rhythm and beat in their own way, and the framework of “elements of music” allows them to do this.  Reference to “rhythm, pitch and form” in the content statements have been removed, and instead it has been replaced with “manipulate elements of music and use compositional devices to communicate ideas”.

Overall, here at the Fun Music Company we feel that the changes to the Australian Curriculum in version 9 are to be commended. They provide a more accessible framework for teachers to work with in the implementation of a music program, and we’re able to support that with our curriculum program materials.

According to ACARA, the implementation timeline of the Australian curriculum is up to each individual state, and each state will have different guidelines on when it should be implemented. ACARA have said that both version 9 and the older version 8 will still be available on the website for the next few years, until everyone has transitioned to the new version.

Please click here to learn more about the Fun Music Company Curriculum Program and how it matches the Australian curriculum requirements.